Treasure Hunt is an activity released in patch 2.1. While gathering resources as Miner, Fisher or Botanist at gathering points that are of level 40 or above, players have a chance of receiving Timeworn Maps. Players can decipher these maps to receive a location where treasure can be found. After arriving at the correct location, players will have to defeat one or several monsters guarding the treasure before it can be opened. The maps come in 8 grades, grade 8 being the hardest and giving the greatest rewards.

To unlock Treasure Hunt, players need to complete the level 36 quest: Treasures and Tribulations. Players can start the quest by talking to H'loonh in Eastern La Noscea (x21,y21).

As a Disciple of Land, Lady Luck might favor you enough for you to discover treasure maps. These items lead players to treasure hunts, PVE content where you have to discover a hidden treasure stash and fight the monster in it. Succeed and you’ll be receiving a good number of quality rewards. Some can even be sold for the low millions!

If you’re planning to regularly take on treasure hunts, make sure that you get the ones that match your current level. So if you’re already capped, get the Gazelleskin treasure maps. The FFXIV Gil is only worth it if the items are worth anything on the market

The irony of trying to get your friends to come with you to do it is that the more friends you attract, the less your rewards will end up being because you're inflating the supply.

If your server economy is inflated treasure hunt is still viable because of the item they give but you need a solid rule and honest friend to run with.

Like golden whisker, If you don’t want it yourself you may sell them. Their price should be inflated too. A lot of cloth. A lot of Leather too. And furniture Their price might be high. Also a huge ton of crystal and cluster you can save your money with.

My FC and LS have rules like map owner can need and participants only can greed so if you contribute a map in TH you get your reward or any other rules your friend agree on.

My server is not inflated so much so I still buy Onishi stuff with 7th-floor reward and that’s very satisfying.

Why do I love to play FFXIV?

Then, when I heard that I wanted to release FFXIV, I was very concerned because it was the first official FF sequel in my life. I watched the movie, played the demo, saw several animated shorts on the PSN, and also listened to the sweet-blooded X. With my years of experience in the game, I vaguely feel that the plot of FFXIV will be very worth seeing, because according to the plot and rhythm of the film, this kind of fallen Prince will definitely have a deep and heavy feeling.

Finally, the result is what every one has seen.

What was my feeling in the past? It’s like saying that I would like you to have a big meal, then I will take you to a hot pot restaurant and ask for all kinds of meat, fish, vegetables, meatballs, shrimp slips, drinks, spices, all on the table, and the results from the beginning I will give you a few instant noodles at the end.

FFXIV has one of the best music, excellent plots and people, excellent night light engine, excellent marketing resources, and the past action system. Finally, I took out manure that didn't fit this luxury lineup, and that's it. The most shameful thing is that this game is originally a semi-finished product that has not been finished. Actually, DLC needs money, and also sells the royal version as a new game. It’s disgusting. 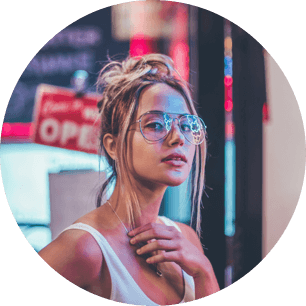